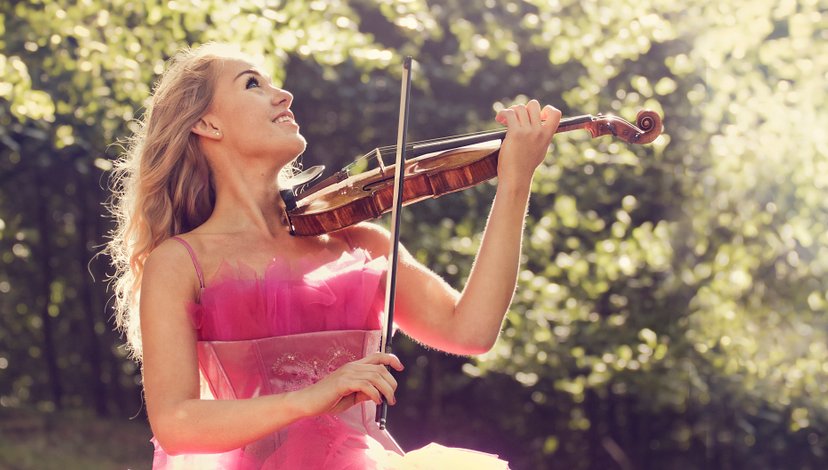 The violin has been my faithful companion since I was 4 years old and started at the Suzuki Institute. 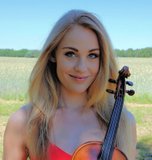 During my childhood I traveled around the world to study with international master teachers and I have won several awards at music competitions.

I express my music through one of the world's best violins - a 300-year-old instrument built by the Italian violinmaker Matteo Goffriller.

I have received private lessons from:

Piotr Janowski – Former violinprofessor at ‘Wisconsin Conservatory of Music’ in Milwaukee and ‘Eastman School of Music' i New York.

Serguei Azizian – Violinprofessor at 'The Royal Danish Academy of Music' and former concertmaster of 'Copenhagen Philharmonic''.

Robert Rozek – Violinprofessor and head of the string department at ‘British Columbia Conservatory of Music” in Canada.

• Played a concert in Studio 55 at channel DK4.

• Played a 20-year annivesary concert at MantziusLive in Birkerød, celebrating 20 years with the violin..

The concert was sponsored by Danske Bank.

• Was interviewed for a doublepage-article in Frederiksborg Amts Avis. Read the article here:: http://sn.dk/Hilleroed/For-Michala-er-musikken-en-livsstil/artikel/630523

• Released the CD ’Be Still’ – a collection of instrumental hymns. Buy here.

• Attended the string course ’Litomysl International’ in Czech republic, including Milan Vitek as one of the master teachers.

•  Attended the string course ’Astona International’ in Switzerland, including Detlef Hahn as one of the master teachers.

• Won 1st prize in Jacob Gade Violin Competition and the award for "Best performance of the Danish piece".

• Documentary Series "Whatever it takes" aired on DR1, where she was one of the three talented children, the series in question. The series aired 6 episodes of 30 minutes.

• Got admitted to the talentline at Barratt Due Institute of music in Oslo, Norway -  with Alf Richard Kraggerud as violin teacher. (International violin teacher and head of ‘Young Talents’ at 'Barratt Due musikkinstitutt)

• Won 2nd prize in the finals for the Øresund Soloist competition.

• Participated in the Øresund Soloist competition as the youngest participant and went to the finals.

• The TV channel TV2 Syd showed her performance on the evening news.

• A month later, she played a concert on the TV channel DK4.

• Performed on the outdoor stage in Tivoli, Copenhagen.

• Performed on the outdoor stage in Tivoli as a guest at 'Bubber's summer show'.

• Began playing the violin at the Suzuki Institute.